Spanish Citizenship Oath Before a Notary 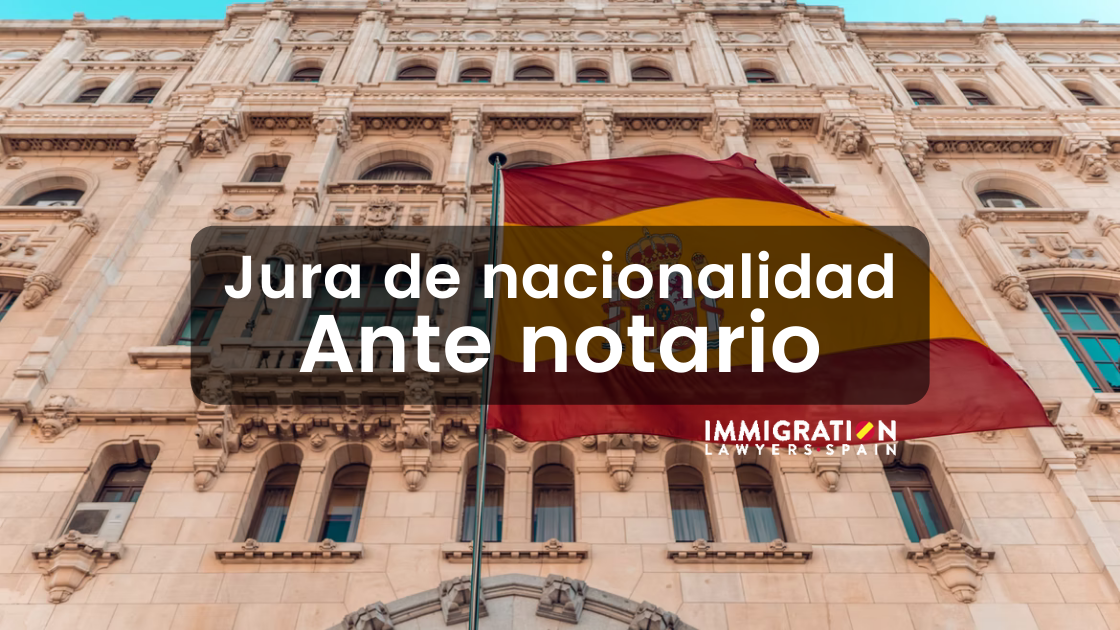 Today we have exciting news. After months (and even years) of wishing that the Ministry of Justice would finally approve this measure, from now on it will be fully possible to take the oath of Spanish nationality also before a notary.

This will undoubtedly speed up this last stage of the citizenship process to a great extent, reducing waiting times to a minimum and making it possible for you to obtain nationality in record time.

In this post we will analyze everything you need to know about this measure so that you can take advantage of it fully.

Now also possible to take the nationality oath before a notary!

Until now, once you received your favorable resolution of Spanish nationality, you had to visit the nearest Civil Registry to take the oath of allegiance to the Spanish Constitution.

If you were in a big city populated by many foreigners, this was almost always a problem, since the Civil Registries are totally overloaded for this procedure and can’t give appointments until many months later (sometimes for periods longer than a year).

However, this situation will change radically from now on, as the Ministry of Justice has finally established two new possible ways or alternatives for your take this oath from now on:

That is to say, although it is true that there is still the possibility of taking the oath at the Civil Registry (something that will be equally recommended if you live in a city with few applications in which they don’t take that long to give you an appointment), now you have these two extra ways to get your citizenship oath appointment much faster.

This measure was something even more necessary with the current shock plan, because in many cases the foreigner gets his resolution in just a few months, but then the Civil Registry gets saturated by the high amount of applications that have been resolved in a very short time.

That is why the possibility of finalizing the process in the notary opens a new way that will relieve all those Civil Registries that were not able to cope with the current big demand.

Do you want to benefit as much as possible from this measure? Then continue reading.

How will the process work?

Once you get your favorable citizenship by residency resolution (application approved), you should contact the Notary College that corresponds to your province.

You can find the complete of notary colleges here.

The College of Notaries will assign you a specific notary (i.e., you cannot choose your preferred choice, you can just go to one of the notary’s offices that are available for this procedure).

On the day of your appointment, you will have to bring your citizenship resolution together with your NIE and remaining documentation in order to be able to take the oath to the public order.

You can find out those documents here.

The notary will then send your file to the Civil Registry so that they can upload and update your file with the registration of the Spanish birth certificate.

This communication can take place in two ways:

Does it entail any extra cost?

Yes, in this case you will encounter an extra cost equivalent to the notary fee. We still do not know the exact amount, but the usual outcome would be something close to €100.

However, if you are in a big city like Madrid or Barcelona where the alternative is to wait for more than 9 months to get an appointment with the Civil Registry, paying 100€ and finishing with the oath before a notary may be an alternative that is worth enough.

Remember that there is a maximum period between the time you receive your nationality (favorable) resolution until you take the oath, and exceeding this period (something possible if the Civil Registry takes a long time to give you an appointment) may result in the loss of citizenship.

Is it also possible to take the oath at the Spanish consulate?

Another novelty that this new measure entails is the possibility of also taking the oath of allegiance abroad, before the diplomatic or consular official.

That is to say, if you have received your nationality resolution while being in your country of origin (or in any other place outside Spain), from now on you won’t need to return to the Spanish territory to take the oath.

You will be able to go to the consulate and carry out the procedure with the same legal validity, something that eases the process and offers you an important advantage.

Do you have any doubts or would like to receive legal advice from our team of expert lawyers in immigration and Spanish citizenship? Then simply fill out the contact form below and tell us about your current situation so we can guide you step by step: 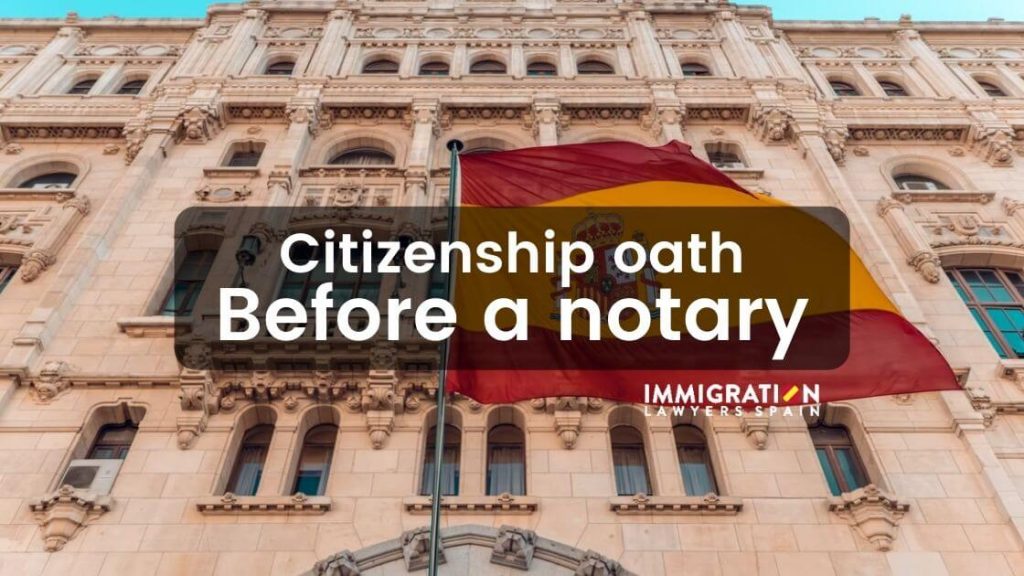