What is a “Certificado de Concordancia” and How Can you Get it? 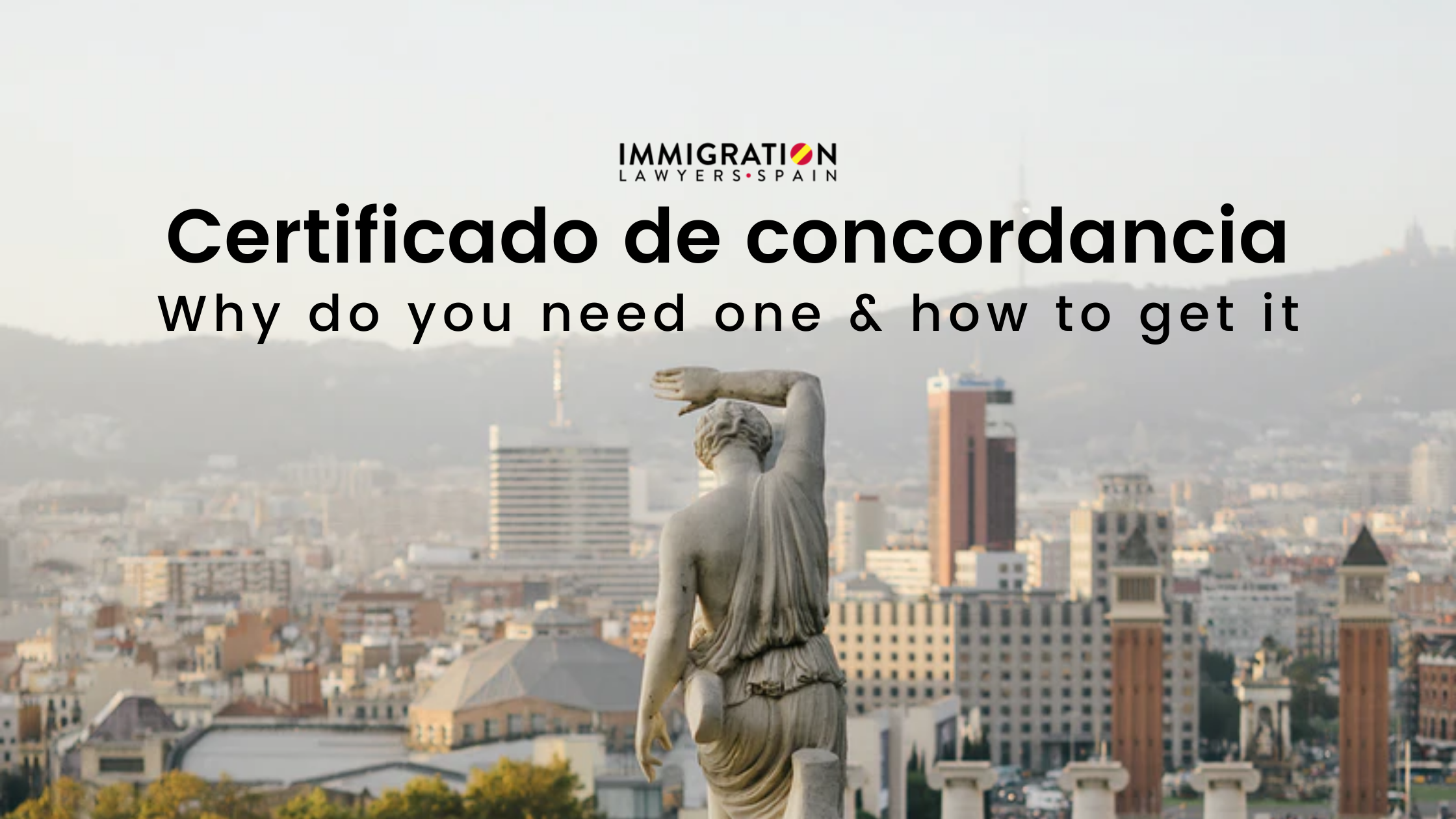 Once you get your Spanish nationality and finally acquire your DNI, don’t make the same mistake that many foreigners make! Because there will still be one last very important (although quite fast) phase in the process: getting your “certificado de concordancia”. You may have already heard about this document, but what exactly is it? In this post you will learn how to get it step by step and why it is so useful (and necessary).

What is a “certificado de concordancia”?

The concordance certificate or “certificado de concordancia” is the document that verifies, once you have obtained the Spanish nationality and your DNI, that you are exactly the same person who previously had an NIE and residence card as a foreigner.

That is to say, during your entire period of residence in the Spanish territory you have used a TIE and a specific NIE number to identify yourself before different public administrations and private institutions. We are talking about banks, the Social Security or the Immigration Office, for example.

However, when you get the Spanish nationality, your ID documentation changes: instead of having a TIE you will have your Spanish DNI, which contains a DNI number (different from your NIE), in addition to receiving a new passport number.

And there is not only a change in your identification number in the country, but more.

In many occasions with the Spanish nationality you start to legally have a second surname (your mother’s first surname); so your self within the registries is doubly altered.

This will make all these private and public institutions that had you registered with your TIE and NIE have to update their records to verify that you are the same person (although now with a new document and identity number).

The certificado de concordancia is the document that allows this identification and verification.

What is it used for?

At a general level, this document certifies that your NIE and specific affiliation data with the public administrations as a foreigner correspond to your current Spanish name and DNI number.

That is to say, it ensures that all legal procedures or registrations that you initiated with your NIE and TIE can continue to be valid with new numbers and identification card: your DNI and new passport.

What should you do then?

Something that many foreigners forget or wait too much to do, but that is absolutely important to have done as soon as possible.

One of the first steps to take after getting your nationality and your DNI as a Spaniard will be to notify all the institutions where you were registered about this change of identification.

We are talking about Social Security, Dirección General de Tráfico, the Spanish Tax Agency, the Town Hall of the municipality where you live and are registered (in order to change your “empadronamiento“, banks and other private institutions.

And in order to register the change of identification and update your data with these and other institutions, you must provide this certificate of concordance.

Do you have any doubts? Ask our lawyers here and get an instant answer:

Where can you obtain it?

You must request your concordance certificate at the national police station closest to your residence at the time you acquire your passport as a Spanish citizen and DNI.

While it is true that it is not 100% mandatory that you request it that early (you could do it later on), our recommendation is that you do it at that very moment.

Not only will you save time and paperwork, but you will also avoid paying the corresponding fee, so the procedure will be totally free!

However, if on the day of acquiring your DNI you have not requested this certificate, you can come back several days or weeks after to finally obtain it.

In that case, depending on the region where you are currently living, you will have to get an appointment or go directly in person.

You can make an appointment through this link, first selecting your city and then the option “Policía – certificados (de residencia, de no residencia y de concordancia), as you can see in the photo:

How long does it take?

As mentioned above, if you request this certificate on very same day that the public officer at the police station gives you your DNI and passport, it is very likely that you will receive it immediately.

However, in other cases it may take between 4 and 5 working days after you make your request.

How much does it cost?

If you request it on the spot, absolutely nothing!

We have already seen how you can save the entire fee for this procedure if you request your certificado de concordancia at the time your DNI is issued and you pick it up.

However, if you let that opportunity pass and come another day, you will have to pay a cost of about 7€ (fee that can go up year after year).

And remember that if you have any questions or need our immigration lawyers to provide legal assistance, just send us an email and we will take care of everything: 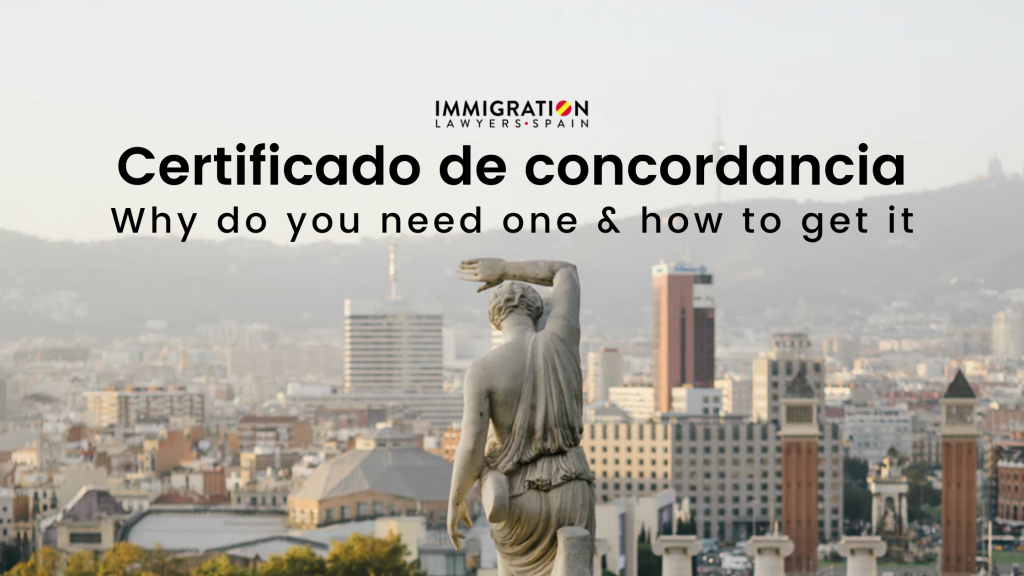