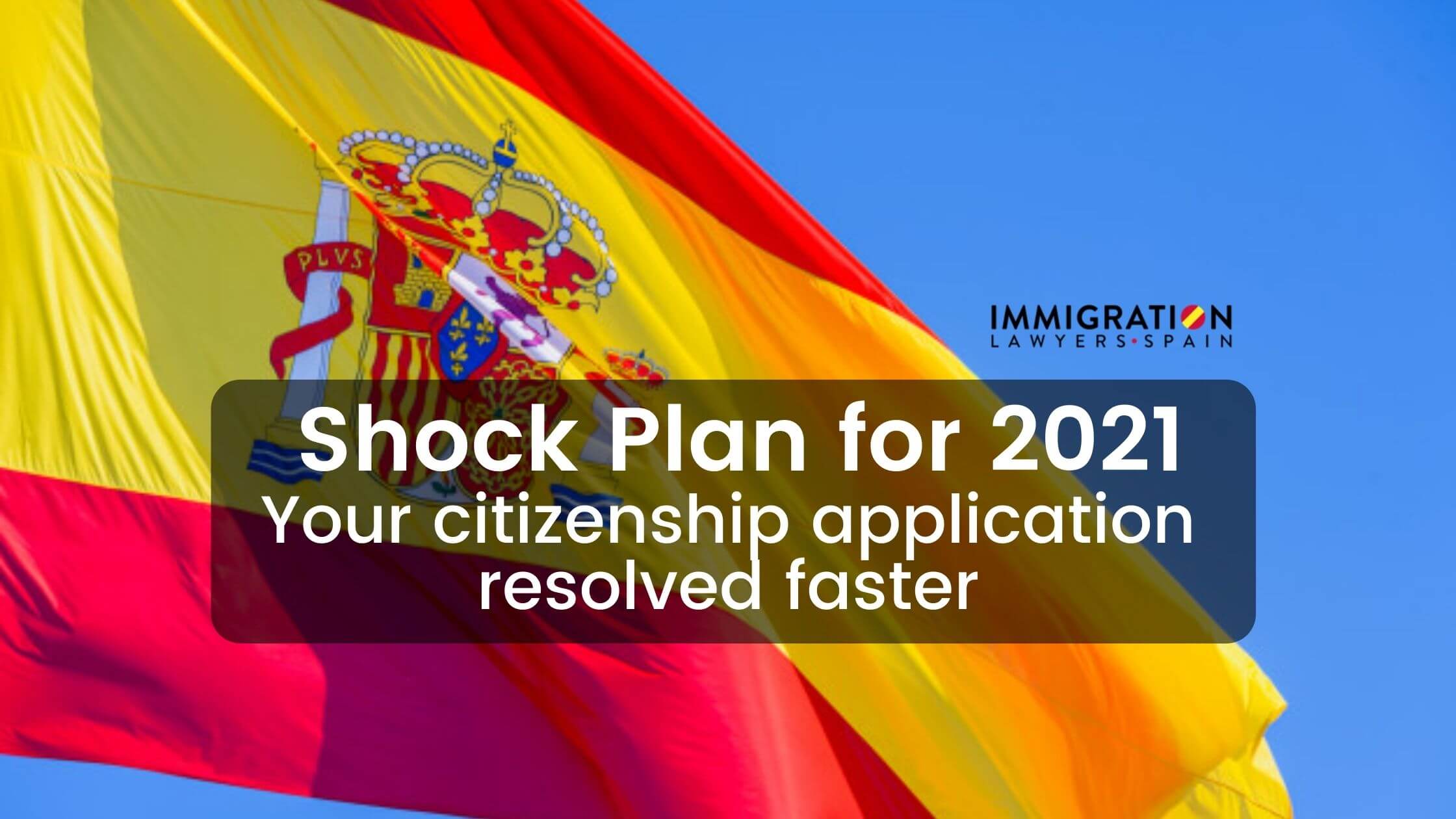 Have you applied for Spanish nationality or are you about to do so? Then good news! The Ministry of Justice has recently approved a new shock plan (called “plan de choque” in Spanish) that will allow you to get your resolution much faster. While it is true that we still do not have all the details since this process started out a few days ago, in this article we will solve all your doubts and update you with the latest information.

After many months (and even years in some cases) of citizenship files being stuck or drastically slowed down, the Ministry of Justice finally decided to activate a new initiative to solve this problem.

Thus, since the 8th of March and after definitively announcing this news in this publication, the shock plan for 2021 began.

Although it is true that it is not yet fully operational, we have already started to see its first effects, obtaining a large number of application resolutions in record time.

But what exactly does the shock plan or “plan de choque” consist of?

In a nutshell, it is a series of measures and actions aimed at solving the huge delays that many nationality applications have been experiencing until now.

In other words, it is an extra effort on the part of the government to process nationality procedures much faster.

How? by hiring new public servants solely for this purpose (or using the services of those in other areas).

In total, it is estimated that 1.8 million euros will be invested in this measure for the time being.

Since this streamlining process has only been underway for a few days, we are still trying to figure out exactly how it will be carried out specifically.

But now we are going to solve the main doubts you may be having right now.

Conversely, if you would like to directly ask one of our lawyers, you can do it here and get an instant answer:

Which citizenship files will be resolved through the shock plan?

The 2021 shock plan will basically focus on citizenship by residency applications.

In addition, it will also boost the resolution of citizenship files as descendants of Sephardim.

However, other types of files such as nationality by option applications or by naturalization will not be affected by these measures.

And within the applications that will be benefited, which ones will have priority?

As was the case in previous years, it is most likely to affect, to a large extent, files submitted online.

One of the requirements that allow the new civil servants to resolve the applications is that they must have a registry number; something that is gained directly when submitting your documents via internet.

Therefore, if your file is already within the “como va lo mío” platform (platform enabled by the Ministry of Justice to track the status of your application at all times) it is very likely to be attended to immediately.

Can I benefit from the shock plan if I haven’t yet submitted my application?

Although it is true that the most logical thing is that applications that can be found within more advanced stages (or directly “en calificación”) are those that will enjoy the benefits of this shock plan first, it does not mean that they will be the only ones.

Applications within the initial stages will also be resolved faster.

Furthermore, if you have not yet submitted your application but are going to do so in the next few weeks, you will most likely also get a resolution in record time.

So hurry up and submit all the documentation as soon as possible! And if you have the option, we recommend you to do it electronically.

How long will this plan de choque last?

As the weeks go by with this shock plan active, we are discovering all the details related to its execution.

Thus, recently the Ministry of Justice has cleared up one of the most relevant unknowns that we still did not have information about: its exact duration.

We finally know that it will last around 9 months: ending on the 30th of November.

There are application files that have been stuck for years, so a long and efficient plan is necessary.

9 months with extra civil servants resolving applications seems to be enough resources, but the truth is that over 300,000 applications are a considerable amount.

We hope that this is enough time and that these measures will be an effective solution.

We will continue to inform you about the status of these measures through our blog and social media profiles; but for now, we know that resolutions have begun to arrive quickly and that many foreigners are already benefiting from the effects of the “plan de choque”.

So if you’ve been waiting for your resolution for a while…. it looks like we see the light at the end of the tunnel!

And remember that if you have any questions, we are at your complete disposal by mail or phone: 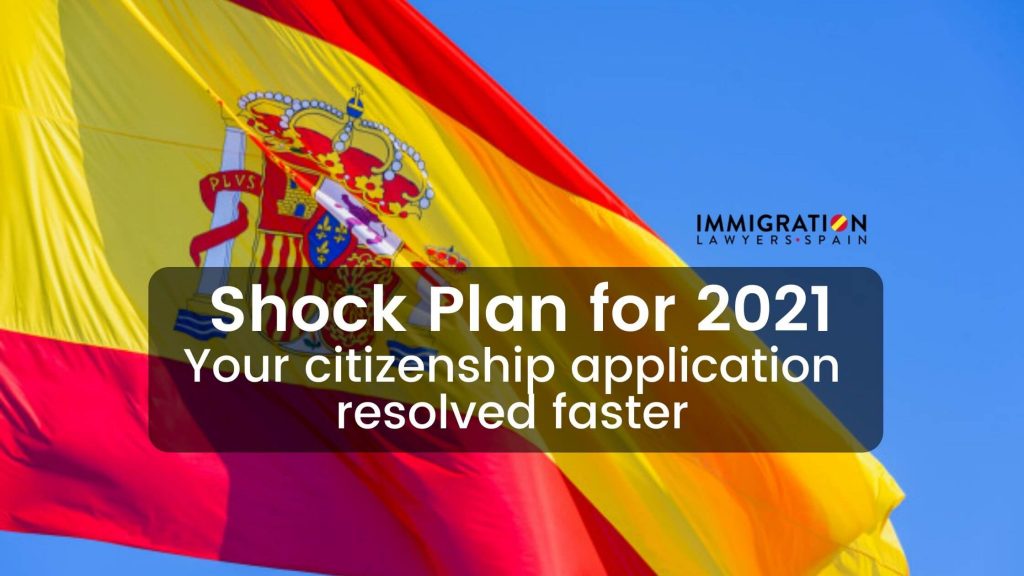