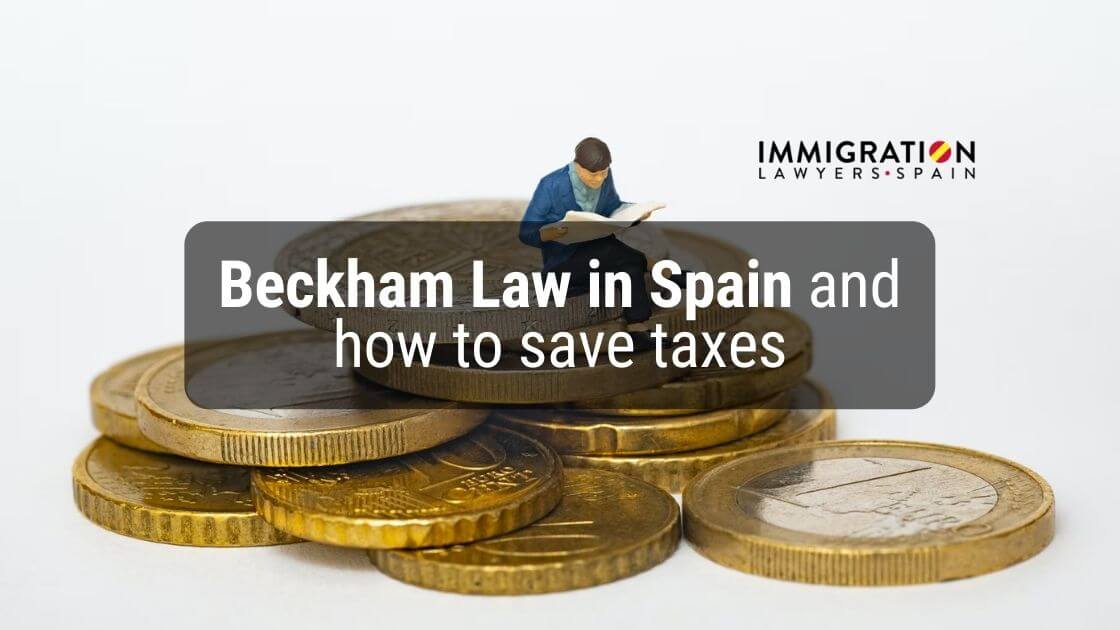 One of the questions we are most frequently asked by our foreign clients is how to pay less in Spain. And, in case they come to the country with a job offer, our answer is always the same. The Beckham Law is one of the most effective ways to pay less tax in Spain, and in this article you are about to learn everything you need to know. about it.

We will explore what this special regime for displaced workers consists of exactly, what requirements you must meet if you are willing to benefit from it, and how to apply step by step (including all the direct links to the required application forms).

What is the Beckham tax?

The Beckham Law, also known as the Special Regime for Displaced Workers (“Régimen Especial para Trabajadores Desplazados in Spanish), or Beckham Tax, is a special tax regime applicable to all those foreigners who start living in Spain after receiving a work offer, and which brings them huge economic benefits.

More specifically, it is one of the main strategies that allows them to pay much fewer taxes in the country, especially on their salary (although it has other advantages as we will now see), as they can be considered non-resident for tax purposes.

As long as all the requirements are met, we are talking about a condition that applies during the year in which you get the residence and the following 5 years (i.e. until year 6 in Spain).

This measure, regulated by Law 687/2005, was created thanks to the Real Madrid footballer David Beckham, trying to get his to stay (and hence to be taxed) in Spain, although at a much more favorable tax level.

Today it has become a great incentive to attract foreign talent and capital to the country, and without any doubt one of the best ways to save large sums of money.

In order to understand the great advantages of the Beckham Law, we must first understand what the situation of the foreigner would be without the application of this law; that is to say, in the general case.

Without the application of this regime, as a foreigner living in Spain for more than 183 days per year, you become a tax resident.

This implies paying IRPF for the income you earn all over the world (and not only in Spain), and at a progressive tax rate that can reach up to almost 50% in the higher levels.

So the first characteristic of this special regime for foreigners is that you are considered a non-resident for tax purposes (even if you stay more than 6 months per year in Spanish territory). And what are the exact advantages of fact?

Big reduction in your income tax

First and foremost, this means that you will be taxed through income tax as a non-resident (paying IRNR) with a flat reduced rate of 24% up to €600,000 of net income, regardless of your income, instead of the progressive rate of up to 48% in the general scenario.

As you can see, this is a great reduction in your taxes.

In addition, another great advantage is that no tax rate at the regional level in Spain would apply to income or assets held outside Spain.

On the other hand, the sale of assets or dividends abroad would not be taxed in Spain (something that foreigners who do not benefit from the Behckam Law must pay through capital gains tax).

And, profits derived from the sale of assets in Spanish territory will be paid at a flat rate of 19%.

But this is not all.

Another great advantage of this law is that you would not have to file the 720 model.

This is the form that all residents in Spain with assets outside the country valued over 50.000€ must fill out once a year (and that entails fines if that is not done).

Better conditions for the wealth tax

Finally, when it comes to the wealth tax you will also have great advantages. It will only be applied to the properties you keep in Spanish territory, paying a tax rate that moves from 0.2% to 2.5%.

Who can apply for Beckham law?

As you have seen up to this point, the application of this law translates into a great advantage and into a very effective method to save money.

So, what are the requirements one must meet in order to apply for the Beckham Law?

But it is not all good news. The following three groups of foreigners CANNOT apply for the application of this regime:

How do I apply for Beckhams law in Spain?

Below you will find the step-by-step process you must follow in order to apply for this regime: Keep in mind that once this regime is applied to you, every year (from April to June) you will have to file your income tax return using form 151.

And that’s been everything you need to know about the Beckham Law and its great tax advantages.

However, it is possible that you still have doubts, or need help to apply for this regime effortlessly and start saving taxes as soon as possible.

If that is the case, our team of expert lawyers is at your complete disposal. Send us an email through the following form and let us help you as soon as possible: 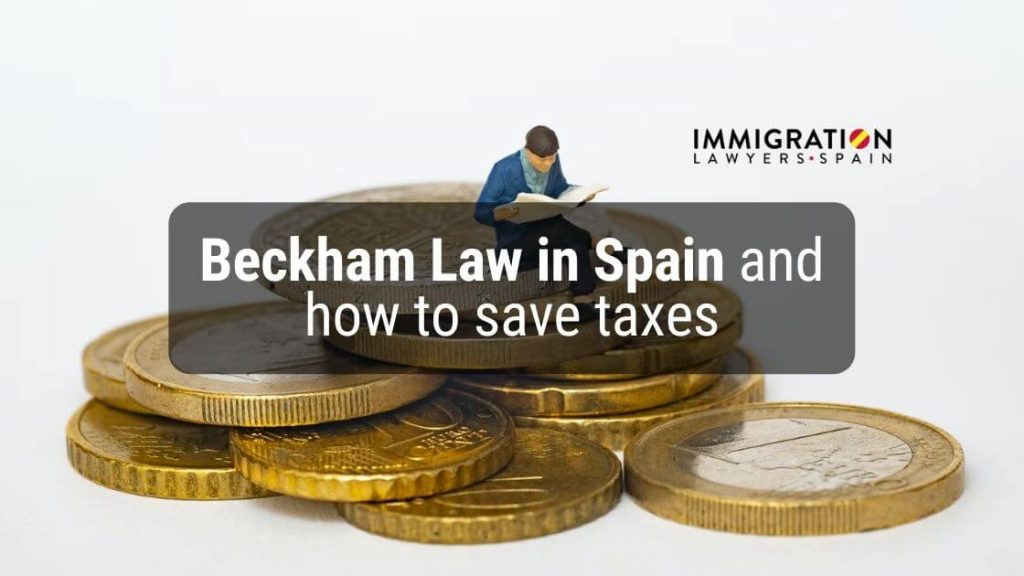