HOW TO GET SPANISH CITIZENSHIP

All the options to get the Spanish passport easily

What is Spanish Citizenship?

Living in Spain under a residence permit is a great opportunity for many foreigners. But it also has its disadvantages; like the need to renew every two years or the impossibility to work in any other EU country. Nevertheless, Spanish Citizenship is the solution for that.

When we refer to nationality in Spain we are talking about the legal status that those born in Spain and foreigners who meet the right requirements possess and which translates into several rights.

Among others, it grants you the possibility to live and work in any other European country apart from Spain, it enables you to vote; and most importantly: it lets you live indefinitely in the Spanish territory.

Even though the most common way of becoming a Spanish citizen is by being originally from the country, you as a foreigner can also obtain this passport. In that sense, there are 4 different ways to get Spanish citizenship. And finding the one that is right for you will be crucial.

How to get the Spanish passport: your 4 different options 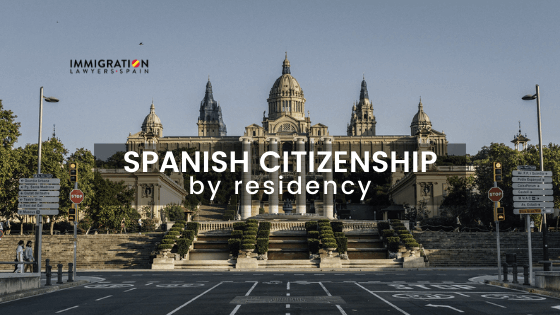 The easiest way of getting the Spanish nationality. After 2,5 or 10 years of living in Spain with your residency permit, you can easily get Citizenship by residency. 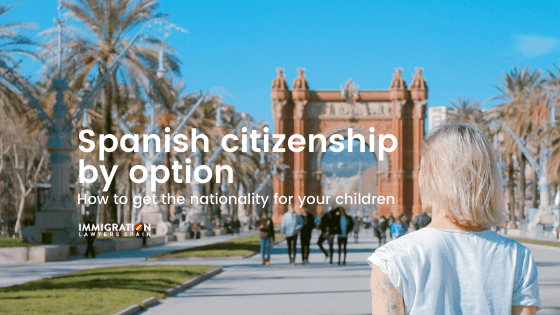 If your parents were Spanish nationals, you can also get citizenship for yourself, as long as you meet the requirements. You or your children must be under 18 years old. 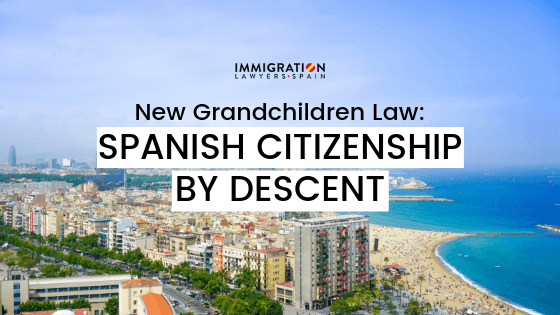 Are you the grandchildren of Spanish citizens (for example of those who got it to trough historical memory)? Then under this new law, you may be able to also apply. 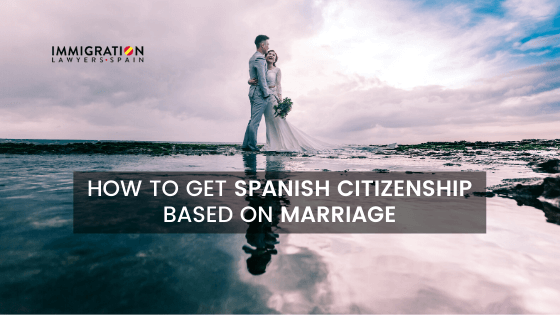 If you get married to a Spanish citizen, you just need to live in Spain for one year in order to qualify for the nationality. It’s that simple! The marriage must be registered in Spain.

Let us help you out! We will get your passport easily

We will prepare all the required documents and send them to the competent authority.

Together we will make sure that you meet all the requirements and find the best path.

We will guide you step by step throughout the whole process, solving all your doubts.

I WANT TO TALK TO A LAWYER

In order to get Spanish nationality, there are several requirements you must meet. Even though there are 4 different paths to get citizenship and each of them have its own requirements, some of them are general and those are the ones we will explore now.

DO YOU HAVE ANY QUESTION? LET US HELP YOU!

WHAT OUR CLIENTS SAY ABOUT US

J Osterwalder

Read More
The service is excellent and they know the system very well and how it works. They keep up on all new laws and regulations. Provide excellent and efficient service with great results. I use Immigration Lawyers Spain for my personal immigration needs and we also use them for our corporate immigration needs.

Sam Watfa

Read More
This is an great team which i highly recommend, they provide the needed help and assistance in all legal maters, not only regarding emigration. If you are looking for a a legal partner in Spain, you are in the right place.

John Doe

Read More
Highly recommended. Without their help I'm not sure how we would have figured out our immigration situation here!

Thomas Reynecke

Read More
I had a great experience meeting with Cristian at Immigration Lawyers Spain. I was referred to the firm by an old friend who was extremely impressed with the service she received. My first meeting was informal, informative and great value for money as the team took their time to explain my options for immigration very thoroughly. This type of personal attention I have not experienced with lawyers before- especially not in a foreign country. I left with a very clear understanding of the process and options and now I am well on my way to become a permanent resident of my most favourite city in the world.

Robert de Palma

Read More
I have been working with Immigration Lawyers Spain for over 5 years and I have recommended their amazing and professional service to many other friends and universities, the best lawyers in the whole country.
Previous
Next

Spanish citizenship is closer to you than what you think. Start now and get the passport with our help.

BOOK AN APPOINTMENT WITHS US

How long does it take to get your Spanish passport? After submitting your application, the government will take from 1 to 2 years after submitting a response.

Nevertheless, if you apply online, chances are that you will get a response much faster.

Once you receive your favorable resolution, however, there will still be an extra step: taking the oath of the Spanish constitution. This is something you can do before a notary, at the Spanish consulate or at the Civil Registry; and the duration of the process will depend on the availability of appointments in each of the 3 options.

Which is the nationality test I need to pass?

In order to get Citizenship, there are two different nationality exams you will need to pass, both from the Cervantes Institute:

How can I check the status of my application?

The Spanish Ministry of Justice created an online platform that allows you to check the status of your citizenship application completely online and in real-time. It is called “cómo va lo mío”.

Can I travel abroad while waiting for my resolution?

The answer is yes. You can travel for a short period of time abroad without any problem, as long as, as detailed in this post, you respect the periods required by your current residence card.

Which are the documents needed?

Each of the 4 types of nationalities has its own documents and requirements. Nevertheless, as a general rule, you will always need to include:

The Spanish Civil Code is the main document regulating Citizenship in the Spanish territory.

Nevertheless, recently the government approved a new law that will grant grandchildren of Spanish nationals the possibility to get citizenship themselves.

Can you end up losing it?

Yes, it is entirely possible to lose your Spanish nationality.

In cases where you start living in a third country, and within three years (without notifying your intention to keep your citizenship) either you only use your original nationality or you acquire a third one, you will lose your Spanish nationality.