How to Lose Spanish Citizenship (and How to Avoid it) 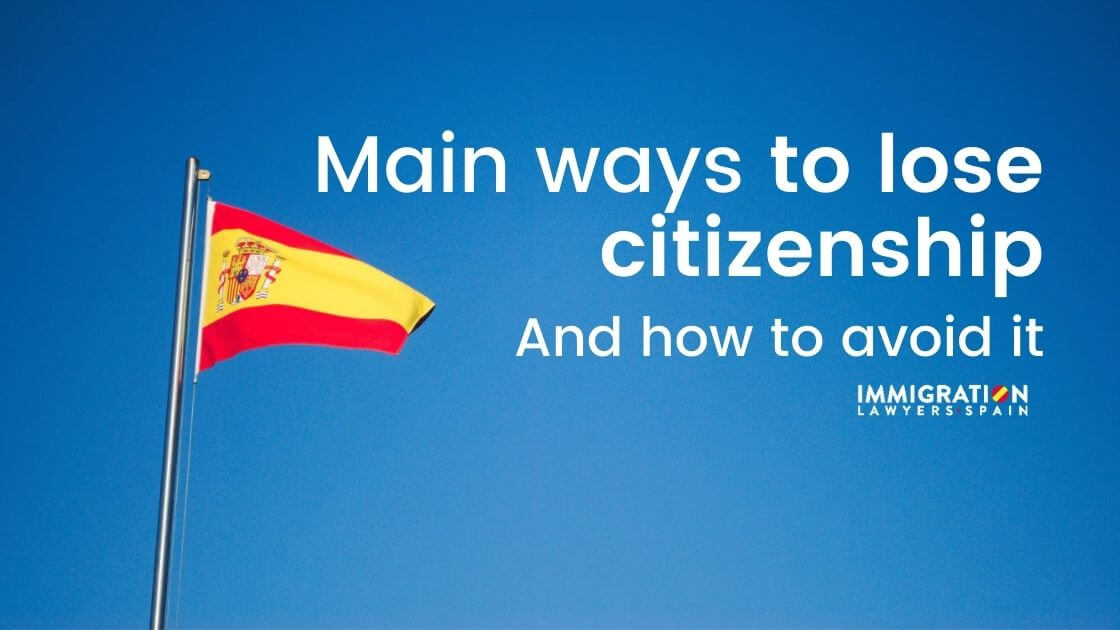 There is something that any foreigner who has acquired a foreign nationality should be aware of. Yes, it is possible to lose citizenship. And that is why in this post we will analyze the two most common and frequent reasons why that could happen to you, plus the (fundamental) legal process that you must follow if you want to avoid it.

How can you lose citizenship?

Article 24 of the Spanish Civil Code establishes that there are (among others, which we will see in the following sections) 3 cases in which the foreigner can lose the Spanish nationality:

Let’s understand what the law establishes with an example.

It is common for a foreigner who has obtained Spanish nationality (and now has dual citizenship) to start living in a third country; let’s say the United States.

During the next three years in the United States, whether she never uses her Spanish nationality or ends up getting the U.S. one, the consulate could take away his Spanish citizenship.

Those cases would be grounds for loss, unless, as we will see below, during those 3 years she manifests her intention and desire to keep it.

Other causes of loss

In addition to the 3 points above, if you have obtained citizenship by residency and you find yourself in one of the following three cases, a loss would also occur:

Do you have doubts up to this point? Keep on rading for more information or ask anything to our lawyers through this form:

How does the proces work?

Let’s suppose that you are in a third country, and during this 3-year period one of the two main cases we have seen above has occurred: either you have only used your previous nationality or you have acquired a third one.

In these cases, a procedure would be initiated by the consulate, a file for the cancellation of your Spanish citizenship.

However, this file is accompanied by an allegation period, in which are allowed to issue any evidence (allegation) to oppose such a decision and prevent them from finally canceling your nationality.

In case you do not issue any evidence or allegation with sufficient weight, the process would end with a resolution that entails the registration in the marginal of your birth certificate with the loss of Spanish citizenship.

As we have commented, if in the last 3 years in which you have been outside of Spain you officially notify your intention and desire to keep your Spanish citizenship, you will not lose it even if you find yourself in the previous cases.

Basically, by means of the document known as Acta de Conservación, a document that you will have to formalize in the Spanish consulate so that they send it to the Civil Registry.

This point is very important: many foreigners are not aware of their obligation to declare their intention to keep their citizenship if they move to a third country (outside Spain), and therefore end up losing it.

And this is true no matter if you obtained the nationality by residence or if you are nationalized by origin under the law of historical memory.

In the case of wanting to formalize this procedure, you must submit:

And what happens if I haven't formalized the Conservation Act?

The Acta de Conservación or Conservation Act prevents your file of loss of nationality from ever being completed.

However, in many cases the foreigner has not made such a declaration of intent and must resort to alternative methods.

Is there any other option?

The answer is yes. If you are able to provide sufficient evidence that you have used the nationality in some way during the last 3 years (or that there has not been an exclusive use of the nationality of origin) you may not lose it.

What kind of allegations have enough weight for the Civil Registry so that they don’t take away your nationality?

All of the above would stop the attempt by the consulates to initiate proceedings for nationality loss.

How to recover Spanish citizenship

But if you have unfortunately lost your nationality, it is not all bad news.

There is the possibility of recovering it, as long as the following requirements are met:

Remember that if you have any doubts or need personalized legal advice, our team of immigration and nationality lawyers is at your complete disposal: 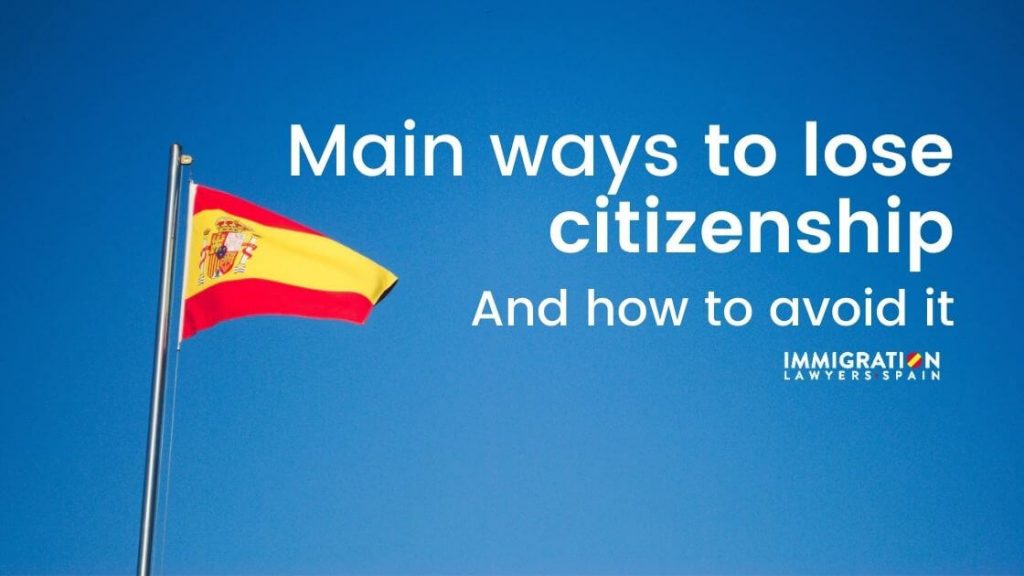