What is the Red Card? Asylum in Spain 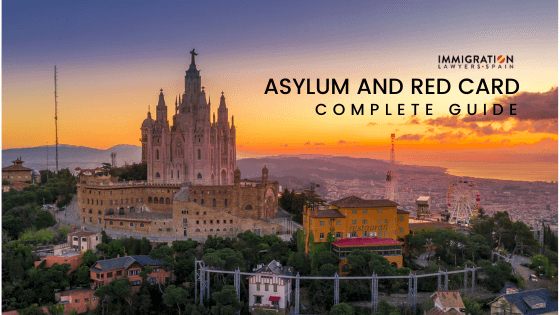 In today’s post we will talk extensively about an issue that undoubtedly generates many doubts: political asylum and especially the red card in Spain.

We will see what exactly this card consists of, its legal application process, how to make an appointment to get it, and what rights and advantages this document offers to asylum seekers.

Are you ready to get your doubts solved?

What is the red card for Asylum seekers?

The red card is the document granted to all those people coming from a region in conflict or who have suffered a natural disaster through which they are authorized to live in the Spanish territory.

Thus, the individual who is in a country that has suffered any of these adverse situations can come to Spain and apply for the residency due to humanitarian reasons, or be a refugee and request political asylum.

This is known as international protection.

Hence, the official name of the red card is the document that accredits the condition of the applicant in the middle of the process of international protection.

It is called a red card because it is printed on a cardboard of the same color.

However, the red card is not a card that is granted once the asylum is approved. It will be issued when the foreigner’s application for asylum is accepted for processing.

That is to say, and as a conclusion, it is the document that is given to those who apply for political asylum, and that allows them to reside in Spain while their application is being processed.

Main benefits of this card

Even if it does not allow you to work, this card has several advantages.

And most of them come from the fact that your red card will contain an NIE or foreigner’s identification number. With this number you will be able to, among other things:

On the other hand, another advantage refers to the path that many foreigners use to get residency.

It is possible that while you stay in Spain with the red card, you get married or form a civil partnership. This will allow you to apply for a residence permit as a family member of a European Union citizen.

The only thing you will have to do then is to cancel your application for international protection and start enjoying the advantages that this residency offers.

In addition, if you have worked for at least 6 months with the red card, you will also be able to apply for the arraigo laboral once the red card is extinguished.

Disadvantages of requesting asylum in Spain

The main disadvantage is that the vast majority of applications for international protection get rejected.

For this reason, foreigners who reside in Spanish territory, if they want to obtain the residency in the country, must wait 2 additional years in order to regularize their situation. And they will do so through the process called arraigo.

That is to say, he can stay in the country during the 12 months that the red card will allow him or her, but as international protection is usually denied, he’ll need to stay 2 more years as an illegal citizen until his situation can be regularized.

On the other hand, we find another disadvantage in the length of time it can take to apply, usually extending the process drastically.

It is very likely that you will be given an appointment within 8 or 9 months, which will make it difficult for you to work in the country.

This is largely due to vast amount of existing applications.

How long does this card last?

The duration of this card is 6 months. However, if after 6 months your application for asylum has still not been approved or rejected, it is renewed for an extra 6 months so that the decision can be taken.

Successive renewals may be made until a final decision is reached, all of them for 180 days. 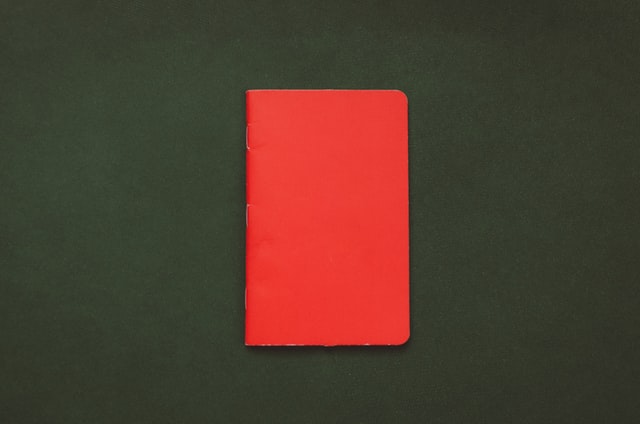 How to apply for asylum in the Spanish territory?

The first thing to do is to get an appointment at the relevant immigration office.

During your appointment, you will go through an interview to find out why you are applying for international protection.

After that interview, you will be issued a white card. This piece of paper contains your details, the application for international protection, and the fact that your application is in the process of being accepted.

From that moment onwards, the administration has a maximum of 1 month to decide whether or not to admit your application.

Once your application has been approved, you will be given the red card. This signals the start of the process by which the administration analyzes whether to grant you international protection or not.

In other words, the fact that you are accepted for processing does not mean that you will be granted asylum.

It means that your application for international protection will be considered, and during this period of study, you will be allowed to reside in Spain with the red card.

To get an appointment, you must click on this link.

This is true for both the initial application and the appointment to renew.

Once the window opens up, select the province in which you usually reside.

Once you have reached the drop-down menu containing the type of procedure you’d like to start, select “issue/renewal of documents for asylum seekers“.

Remember that to renew, you must make an appointment between 15 and 20 days before the renewal.

On the day of your appointment, you’ll have to contribute:

As in any procedure, all foreign documents must be translated into Spanish and duly legalized.

Can I work with the red card?

As a  general rule, no. During the first 6 months with the red card, the foreigner cannot work, and this is clearly specified in the corresponding regulations.

However, if the card needs to be extended for an extra 6 months because a decision on asylum has not yet been made, then the foreigner may work.

So it will be with the renew red card when you can work in Spain as an asylum seeker.

And this work permit has no limits. You can work in any Spanish region, either as an employee or as a self-employed person.

You will have full labor rights.

Can I travel outside Spain while waiting for my asylum response?

No. It is not possible to travel outside the Spanish territory while you are living with a red card.

And the reason is very simple: you will a valid ID.

When your application for asylum is accepted, you’ll need to hand in your passport to the authorities, who will keep it as a deposit.

So you will lose your basic identification document, and this will prevent you from crossing the Spanish borders.

Why? Because at any airport you will be asked for this document to cross their borders, and that is an entry requirement. But at the same time something that you won’t be able to provide.

However, if you decide to travel through the Schengen Area by car, you should have no problem. Because the member states offer free movement between their borders.

But there are many countries that actually do border controls, so we do not recommend you to travel.

In that case, you won’t have any problem. You can travel legally, either by plane, train or car, within Spanish borders with your red card.

And what will happen once my application gets accepted?

You will reside in Spain with your red card until the Immigration Office decides whether to grant you political asylum or not.

Once you receive a positive decision, your red card will be replaced by a TIE (foreigner’s identification card) similar to the residence and work authorization one.

Would you like to apply for asylum and the red card but still have doubts?

Let us help you.

Our team of immigration lawyers will solve all your doubts and manage all the procedures that will allow you to obtain international protection in Spain.