Spanish Citizenship File “En Estudio”. What Does it Mean? 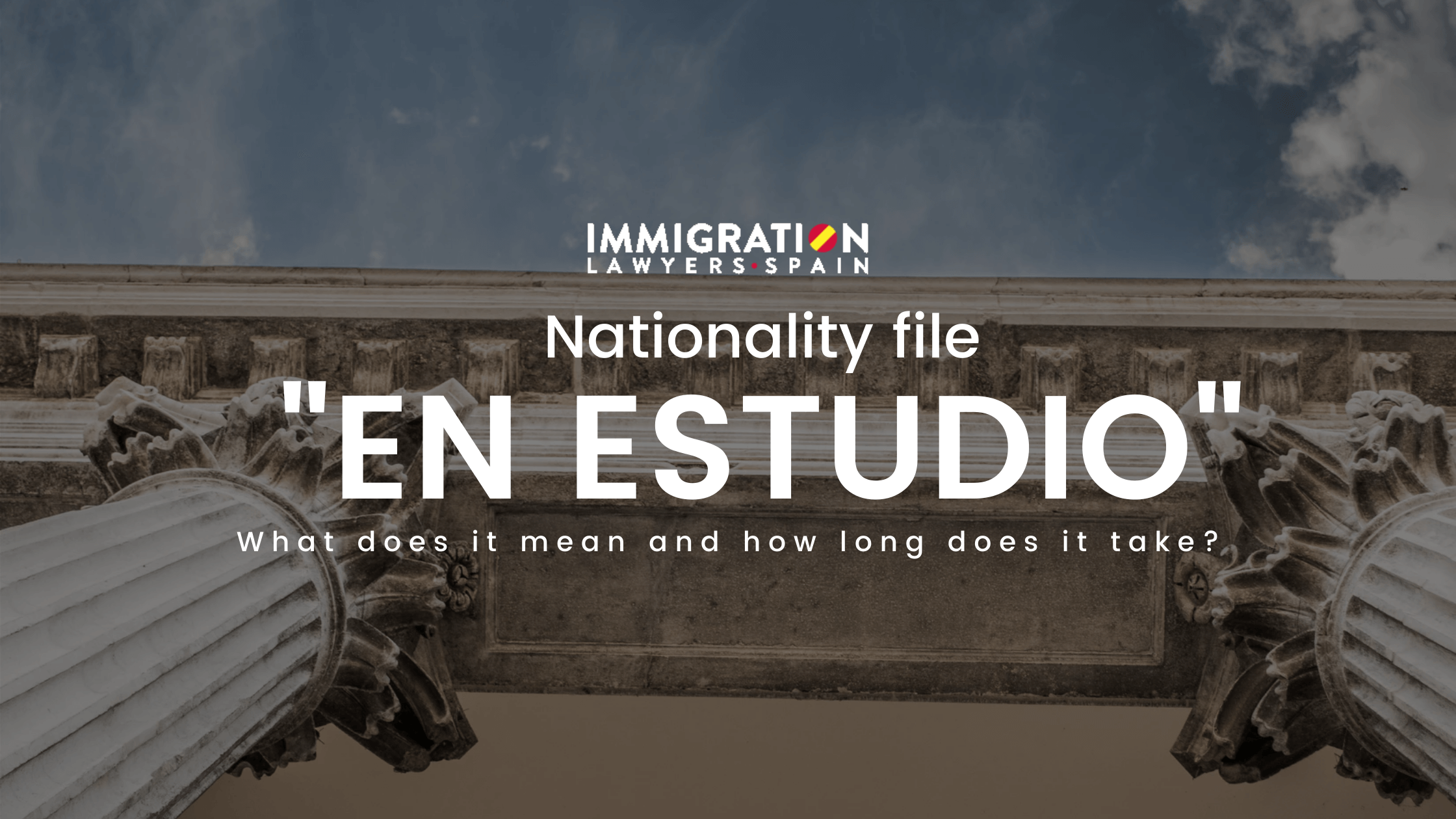 Have you submitted your Spanish nationality application and its current status is “en estudio” but don’t know which is the meaning? Do you have doubts about how long it will take to get out of this phase and whether you should do anything to keep moving forward? In this article we will teach you everything you need to know about this important stage in your process to obtain citizenship.

What does it mean that your citizenship file is “en estudio?

Your nationality file is en estudio once all the documentation requested by the Ministry of Justice is complete (since you meet all the requirements), and what’s next is just to check that everything is ok before issuing a favorable response.

Therefore, this is a very advanced phase within the citizenship process and undoubtedly positive for you. But let’s look at it in greater detail.

As you already know, once you have started your application for Spanish nationality by residence, this file goes through different phases until citizenship is finally granted to you.

Going through each one of them is usually necessary to advance, and they all have a set of different characteristics. In some cases, it may be necessary to carry out some extra procedures (if for example your file was incomplete).

Thus, the “en estudio” phase is one of these steps that your nationality file must go through to finally be approved.

And without doubt, reaching this point is totally positive: it is the prior step before the favorable report is issued so that the Ministry of Justice can send the final resolution, which you will be able to see on the como va lo mío platform, ready to download.

Thus, estudio phase means that your citizenship application is complete regarding all the requested reports. The mandatory reports from the police and the Central Registry of Prisoners (Registro Central de Penados) have been received and are being analyzed.

Which is the prior stage to this one?

In order to make it easier for you to understand how the resolution process works, it will be very useful to first analyze what the previous phase to the “en estudio” one was.

Once you have submitted your application and your file has been admitted for processing, the “pendiente de recibir los informes es preceptivos” phase begins.

In this stage, the Ministry of Justice makes its relevant investigations and internally requests all the documentation needed to verify whether or not you actually comply with the nationality requirements or not.

When this Ministry receives this documentation, your nationality file status will change to “en trámite” (being processed), or “en estudio” (if the correctness of the information is being reviewed).

How long does the en estudio phase take to finish?

Giving an exact answer is very complicated since it depends on two different factors (which we will explore in a second).

However, just to give you a broad idea, your citizenship application may be inside the “en estudio” phase for just 2 months, although this may be delayed for up to 1 year or more depending on the particular situation.

Which are those two factors that can affect the length of the procedure?

Firstly, the result of your reports from the Ministry of Justice and the Police. In some cases the CNI in Spain (National Intelligence Center) or the police may investigate the applicant for nationality if the reports generate doubts, paralyzing the process and leaving it on hold.

This, of course, makes the transition to the next phase much slower, and can even take years to exit from.

On the other hand, if there are any additional requests or the process becomes stalled for any reason, it is also possible that this phase will extend longer than usual.

In the event that there is no problem with these reports and the documentation is favorable, this stage is usually lasts from 2 to 6 months at most.

On the other hand, there is another factor that will also make the total waiting time vary greatly. Which one?

The exact region where the file is resolved.

That is because it is not the Ministry of Justice the institution that manages each application at this stage, but the property and commercial registrars in Spain, who get a specific number of applications each.

And what is the problem then? That some registrars will take longer than others, making the duration of the process very variable.

It is very common to find parents and children who have initiated the process together and at the same time and that one obtains a resolution much faster than the other just because their file has been analyzed by registrars in different regions.

And which is the next phase?

Even if your Spanish nationality file gets stuck or takes longer than you would like at this stage, having got this far is already a positive thing.

It is the step before the beginning of the end of the process: your Spanish passport is much closer.

Once the “en estudio” phase is over, two different things can happen:

Get legal assistance for your citizenship application

Do you still have doubts or would you like an expert nationality lawyer to provide you step by step legal assistance?

It is very likely that your situation is particular and moves away from the general rule, and that the content of this article is not enough to fully understand what to do next.

But that is not a problem!

Contact us through the following link, detailing your situation, and we will give you an answer in less than 24 hours. 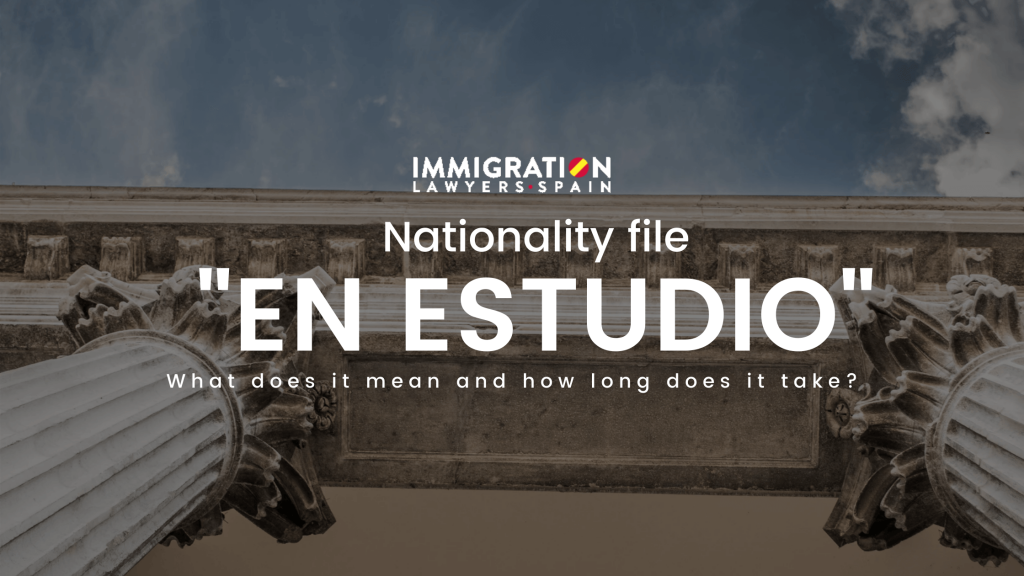