Nationality by Presumption in Spain 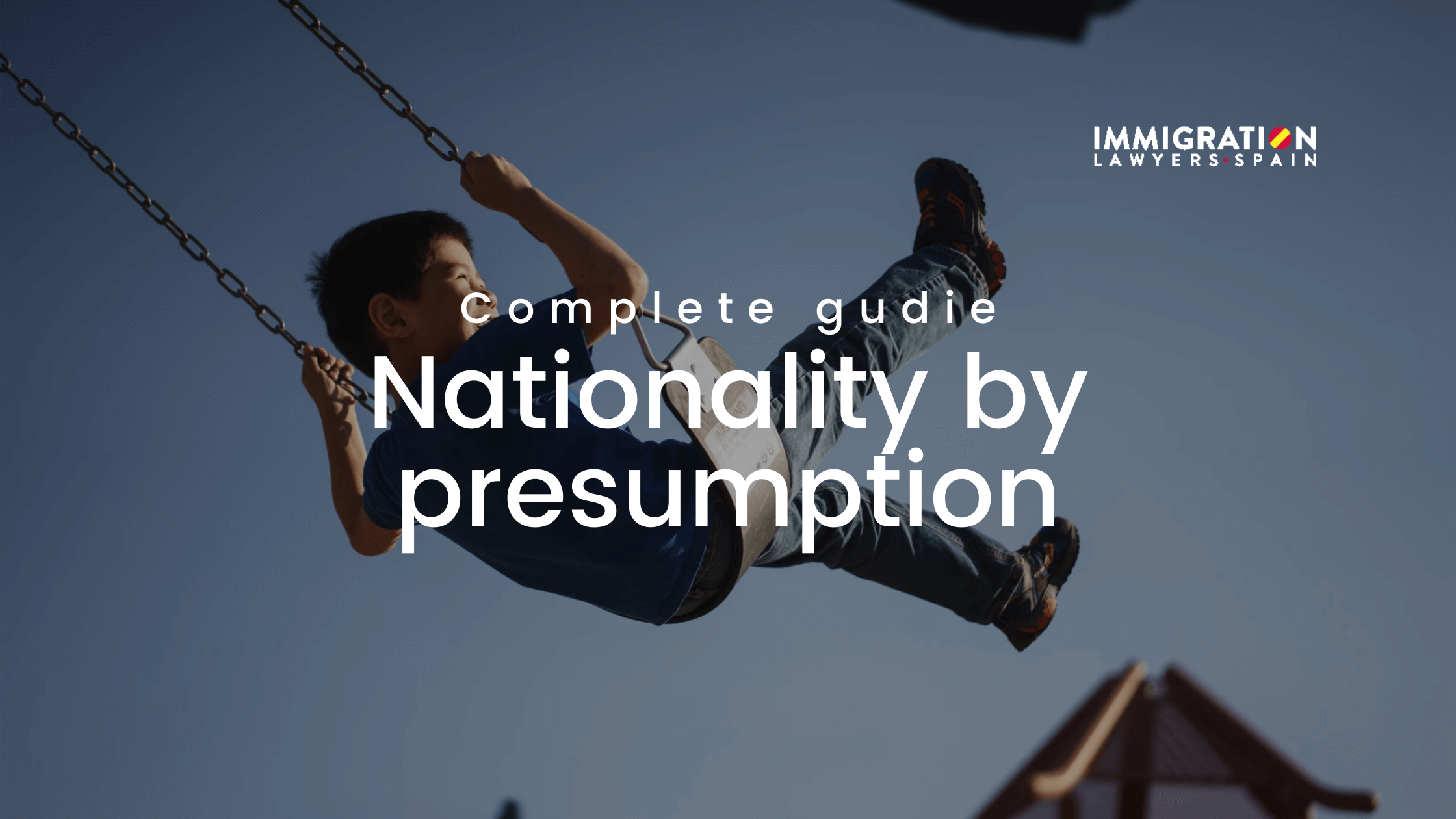 Were your children born or will they be born in Spain? Then it is very likely that they can obtain Spanish citizenship easily; and with that, you will also be able to obtain residency in the country. In this article you are about to learn everything you need to know about nationality by presumption in Spain. We will go over the main requirements, the countries that can apply for it, and how the process works step by step.

What is nationality by presumption?

As complex as the name may seem, this type of citizenship is nothing more than the nationality granted to some children born in Spain to foreign parents living in the Spanish territory.

But in order to fully understand how it works, we must first take something into account.

It is not by the mere fact of being born in Spain that the child of foreign parents becomes Spanish.

This is totally incorrect.

Parents (foreigners) who have had their child in the country, if they want their children to automatically get Spanish nationality, must first deny the child their own nationality, so that the daughter or son would be left stateless.

As regulated in article 17 of the Spanish Civil Code, it will be then when the Spanish Government, in order to prevent the newborn from losing his or her rights, would grant her Spanish citizenship by the mere value of presumption.

This refusal is something that is done in the consulate of the country of origin in Spain.

However, this process is not always possible, as it will depend largely on the parents’ country of origin. For example, there are many Latin American countries that do NOT allow their nationals to deny their children nationality, as is the case with Ecuador.

*Be aware that this process also applies when both parents are stateless: that is, they lack nationality.

Which countries can deny their children their original nationality?

Thus, the question we must ask ourselves is which are the countries that do allow this nationality process to take place.

That is to say, in which countries does the current law allow parents to avoid their own nationality passing onto their children born in Spain in order to prevent them from adopting it directly (something that would not allow them to obtain Spanish citizenship)?

Keep in mind that in order for the procedure to be valid, both parents have to be of the same nationality (one of those mentioned above), or to be in a mixed marriage between father and mother of different nationalities but both within the list.

The remaining nationalities must opt to apply for nationality by residence after living in Spain legally for the period of time required by law.

However, there are some exceptions.

As long as the mother of the child born in Spain is Moroccan and the father is of any of the nationalities admitted, the child may acquire the nationality by simple presumption.

Furthermore, in the case of children born before October 20th of 2008 to Ecuadorian parents, it would also be possible. And, finally, in the case of Palestinian parents it is also an available path but it must be studied case-by-case, as the law varies greatly.

In addition to allowing our children to obtain citizenship in Spain much more easily, there is another advantage of undoubted value to the parents of these children.

As you may already know, whether the child obtains nationality by presumption or by residency, this may allow their parents to obtain residence in the country aswell if they do not already have it.

In other words, parents who are in an irregular situation in the country could obtain a residence permit in Spain through the process of family roots (arraigo familiar) thanks to the fact that their son or daughter has obtained nationality.

And this permit would allow them to reside and work in the country for one year, with the possibility of renewing it successively or changing it to another type of residence.

Therefore, we are talking about a very interesting path for any foreigner wishing to stay in Spain for the long-run.

In order to effectively let your children acquire this nationality by presumption, the first step is to present all his or her documentation at the civil registry of the city where the child will be registered.

There, they will indicate all the specific requirements that you must comply with and submit, so you can send them to the consulate of your country of origin in Spain, hence denying the nationality that your son or daughter would obtain by descent.

This legal process must be carried out by the child’s parents or by her legal representative.

To obtain the nationality by presumption for your children, as a parent you must present:

All documents provided must be originals and no copies will be accepted.

It is not necessary to provide or to have a residence permit in Spain for this procedure, as parents in an irregular situation can formalize it without any problem.

How long does it take to get nationality by presumption?

This is undoubtedly one of the most frequent questions regarding this type of nationality for children born in Spain.

Although it is complicated to give an exact answer, the process usually takes a few months, but it is much faster than the time span for any of the other types of nationality applications (which can take years).

If you have any questions, let us help you out! Send us an e-mail by clicking on the following link and one of our immigration lawyers will respond to you in less than 24 hours. 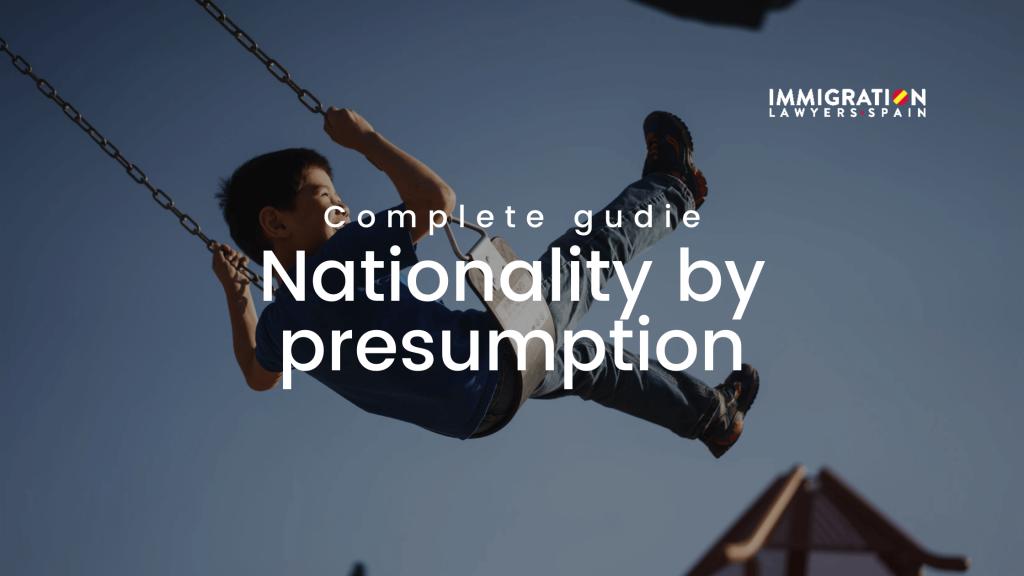